The competition was fierce. Eleven winners from previous rounds battled live on stage, projecting their voices and baring their souls to an audience of hundreds in hot pursuit of the coveted Truth Be Told All-Star Grand Slam prize.

“I won a no-expenses-paid vacation!” crowed Nancy Norton, the nurse-by-day and comedian-by-night the audience named the evening’s winner. Or rather, whom the audience named the best storyteller of the 2015-16 season of Truth Be Told (TBT) events, at which normal, everyday people take the stage to tell true stories in five minutes or less to compete for, well—

“For pure love of story,” says Johanna Walker, who founded the Boulder-based Truth Be Told story series with Nina Rolle in 2013. The “story slam” was inspired by storytelling efforts like the radio show This American Life and The Moth, a worldwide organization that presents stories told live.

“Stories have always been a way of connecting, of building community and sharing and teaching us how to be human,” Walker says. “But traditionally, the stories have been myths and fairy tales and folklore. This form of storytelling is much newer.”

And here’s essentially how a story slam works: A theme is announced for the event, and all audience members are welcome to put their name in a hat to tell a story in some way connected to that theme. The 10 people whose names are drawn take the stage for a meticulously timed five minutes each—bells, whistles and horns are used as the timer runs out—and the audience votes a winner for the night.

“In essence, Truth Be Told is a party, a really casual and laid-back party,” says co-founder Rolle, a professional musician. Along with Walker, she performs numbers based on the theme, makes jokes and otherwise hilariously emcees. Initially, Rolle was reluctant to score the participants, but now both founders see friendly competition as one of a story slam’s biggest features.

“When people are storytelling in a competitive atmosphere, they bring their best game,” says Walker, who believes scoring raises the stakes. “We call it the Olympiad of storytelling. The idea is to bring your best self to the stage.”

“I think it pushes you to be concise and really make every syllable count,” says Grand Slam champion Norton. She says competition does not make the event less intimate. In fact, her winning story—based on the theme “Thwarted”—was a very personal and sensitive one about a miscarriage, a heavy tale from which she nonetheless extracted humor.

Story themes that form bonds with the audience could be about brushes with the law or misadventures in love, family foibles or tragedies with friends. These are the stories we might tell at dinner parties or wakes, tales that might be as well-worn as an old shoe or secrets never before shared aloud. But it’s human experiences that are the secret to Truth Be Told’s appeal to audience members, storytellers and people who do both.

“There’s definitely a craving for live connection around story in our world that, because of technology, we’ve lost a little bit,” says Walker, who loves these live, in-person events as an antidote to modern disconnection. “It’s a big leap and a big risk to craft a story to tell in a very public way on stage, but there’s such value in connecting a personal story to the universal level. It’s powerful.”

The concept certainly connected for TBT fan Shelly Webb, who works as membership and volunteer coordinator for the Shambhala Center. The Buddhist organization has become a mainstay of the Boulder community and is dedicated to creating a more enlightened society. “I love going to the Truth Be Tolds. I love the friendly competitive aspect of it and all the ways people interpret the themes,” Webb says. “It’s great to see people willing to put themselves out there live and listen to a human experience in person.” In fact, she found it so great that Shambhala hosted a private TBT event for its diverse membership of about 600.

“We had a really wide range of stories and also a really wide age range of tellers, so there were people who were in their 70s and people in their 30s, people who’ve been students for 30 years and students who have been with us for three,” she says, adding that storytelling reminded the Shambhala community that they’re a family.

“It was valuable to recognize the value of stories as a way to frame our shared experiences,” she says. “It felt real. In other words, I think it would be a great way for other organizations to celebrate their history and community.”

Expanding further into private events is an option Rolle and Walker embrace, and they’re also working on a communitywide project gathering stories about the 2013 flood, which will culminate in a live show called “Aftermath” on Sept. 11 at the Dairy Center for the Arts. Still, TBT’s public slams are its heart, and the events continue to grow in popularity.

“We haven’t had to educate Boulder on the value of stories. They were already right on board with it,” says Walker. “At every slam, 40 to 50 percent of the audience is new, so we’re always bringing in new people, and over four years, the quality of the stories has just gone up and up.” It’s often those novice storytellers who bring down the house during a slam, and every person who puts their name in the TBT hat has a chance to be next year’s big winner of … respect and admiration.

“I did actually win a laminated card, too, which gives me lifetime free admission to the story slams,” says current champ Norton, who can now say she’s a card-carrying storyteller. “It’s an awkwardly large card, though. I’m not complaining, but if I’m going to show it off, it doesn’t really fit in my pocket.” 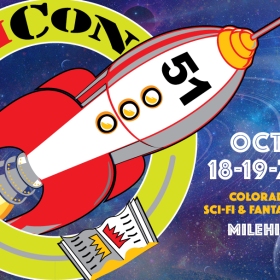 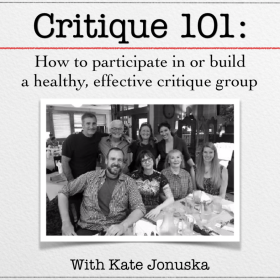 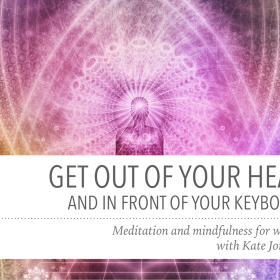